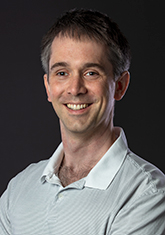 In this role, he integrates the target fabrication work performed at General Atomics (GA) and ManTech International Corp., sets the strategic direction of the LLNL-related target fabrication program, supports ongoing and future HED programs for NIF and the Weapons and Complex Integration (WCI) Directorate, and oversees the development of advanced target capabilities through science and technology funding provided by the Laboratory.

An established leader in the field of target fabrication, Stadermann has been with LLNL for nearly two decades. Most recently he served as the Target Fabrication deputy program lead and director of the Laboratory for Energy Applications for the Future (LEAF). He joined LLNL as a postdoctoral fellow after earning his Ph.D. in physical chemistry from the University of North Carolina at Chapel Hill.

Stadermann’s research has primarily focused on materials and methods for target fabrication, including surfaces, interfaces, and ultra-thin polymer films. Beyond that, he has been heavily involved with research on electrochemistry and energy storage and has built a capacitive desalination group with an international reputation. He has contributed to almost every aspect of NIF targets—most significantly in capsule support, where his work on ultra-thin films was recognized with an R&D 100 Award.