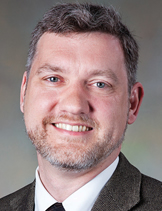 Prior to his current role, Herrmann was the director of NIF, the world’s largest laser and a key experimental facility for the National Nuclear Security Administration (NNSA)’s science-based Stockpile Stewardship Program (SSP). He was also the principal deputy principal associate director of the NIF & Photon Science Directorate. Herrmann led and managed NIF and the 650-person team that operates, maintains, and develops its new strategic capabilities. He worked closely with the leaders of the SSP and the national ICF and experimental science programs, as well as LLNL’s National Security Applications Program and the Discovery Science community in the United States and globally, to ensure NIF is delivering on its mission for the SSP.

Herrmann returned to LLNL to become NIF director in October 2014 after nine years at Sandia National Laboratories, where he led research on the use of large magnetic fields generated by the Z facility to create and control HED matter. While at Sandia he held a series of staff and management positions, including director of the Pulsed Power Sciences Center. Prior to joining Sandia in 2005 he was a physicist at LLNL, where his research focused on ICF and HED science.

Herrmann was awarded a Presidential Early Career Award for Scientists and Engineers, the American Physical Society Award for Outstanding Doctoral Dissertation in Plasma Physics, three NNSA Defense Programs awards of excellence, and the Fusion Power Associates Excellence in Fusion Engineering Award. He is a fellow of the American Physical Society. He received his undergraduate degrees from Washington University in St. Louis and his Ph.D. from the Program in Plasma Physics at Princeton University.