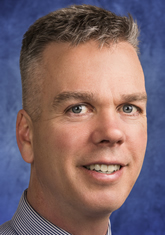 Kevin Fournier is the NIF User Office director. He is responsible for developing and implementing the strategy to support the NIF user community, including generating the integrated NIF facility use plan and experiment schedule, soliciting and evaluating proposed experiments, managing experiment review and approval, and developing and maintaining user infrastructure.

He also works closely with the High Energy Density (HED) and inertial confinement fusion (ICF) councils, the Joint National Security Applications Council (JNSAC), the Technical Review Committee for Discovery Science, the NIF User Group, and other organizations and representatives to impact the successful execution of their program experiments on NIF.

Fournier helps develop, implement, and maintain a vision and strategy for execution of NIF experiments, solicits and champions experiments that have long-range revolutionary impact, and works to engage the programs and the user community to understand and realize new capabilities needed for long-term program priorities.

He joined LLNL in 1994 as a graduate student in the Theory and Modeling Group in the Physics Directorate. He worked for several years on atomic theory and spectral modeling for x-ray lasers, astrophysical and magnetically confined plasmas, and HED plasmas. Since 2005, he has experimentally studied HED plasmas for basic science and weapons effects at laser facilities around the world. In 2011, he joined the NIF & Proton Science Directorate as the Nuclear Weapons Effects Integrated Experiments team leader and the National Security Applications program manager.