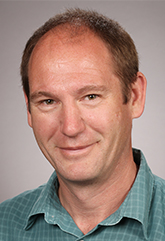 MacKinnon has more than 30 years of experience in lasers and HED experiments. He joined the laboratory in 1999 as an experimental physicist, studying the production and application of laser-driven ions and the creation of HED plasmas by laser and x-ray driven implosions. In 2005 he was appointed a group leader specializing in short-pulse high-intensity experiments. Between 2005 and 2015 he helped develop optical diagnostics for NIF and the Omega Laser System at the University of Rochester and served as campaign leader on the NIF inertial confinement fusion program. In 2015 he left LLNL to work at the Stanford Linear Accelerator National Laboratory’s LINAC Coherent Light Source. He returned to LLNL in 2017 as section leader in HED S&T for implosion science and then served as the acting HED S&T leader.

MacKinnon received his B.Sc. in physics with laser science from Heriot Watt University, Edinburgh, in 1988 and earned his Ph.D. in plasma physics from Imperial College, London, in 1996. He is a fellow of the American Physical Society and was awarded the prestigious John Dawson Award for co-developing laser-driven proton radiography in 2017.