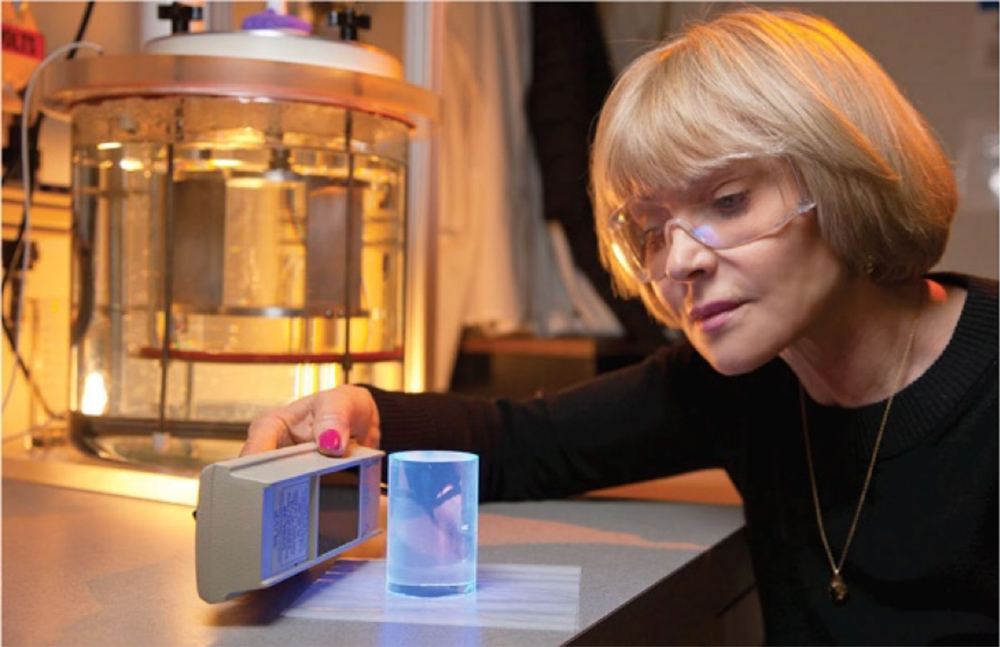 The Many Faces of Crystals

Natalia Zaitseva came to LLNL from Russia in 1993 to lead the scientific development of the rapid-growth technology for large-scale KDP and DKDP crystals installed and now operating in NIF.

NIF requires some 480 optics produced from large single crystals of potassium dihydrogen phosphate (KDP) and deuterated KDP (DKDP). These crystals have special optical properties, like prisms, that transmit, refract, and break light up into its colors like those in a rainbow.

The crystals serve two functions: polarization rotation and frequency conversion. KDP crystals are used in the plasma electrode Pockels cell, or PEPC, which allows light to either pass through or reflect off of a polarizer. By rotating the polarization of the laser beam, the PEPC directs the laser light back and forth through the main amplifier system four times, picking up energy with each pass. Then it is switched out to continue on its way toward the power amplifier. Its four 40-by-40-centimeter apertures contain a crystal plate of KDP sandwiched between two fused silica windows. 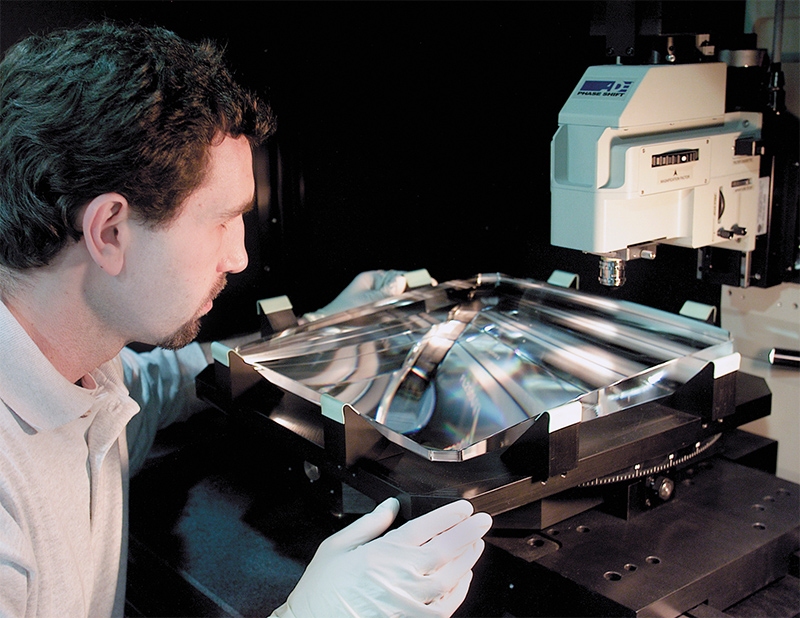 The NIF final optics assembly uses plates cut from large KDP crystals to convert laser light from infared to ultraviolet, which is a more favorable wavelength for fusion experiments.

Crystals also are used in converting the NIF laser beams from infrared to ultraviolet. By the time NIF’s 192 beams are redirected to the switchyards, each contains about 20 kilojoules of 1,053-nanometer wavelength (1ω or infrared) light. Before entering the target chamber, the beams pass through 48 sets of final optics in groups of four. Inside these Final Optics Assemblies, KDP and DKDP crystals convert the beams’ infrared light into 3ω (ultraviolet) light; the interaction of the beams with the fusion target is much more favorable if the beams are ultraviolet. KDP and DKDP crystal plates about the size of small computer monitors are used in every NIF beam to convert the infrared light to ultraviolet using the nonlinear optical response of KDP and DKDP to very high intensity laser beams.

The development of the technology to quickly grow high-quality crystals was a major undertaking and is one of the most highly publicized technological successes of the NIF construction project. The rapid-growth process, first pioneered in Russia, was perfected at Livermore to keep up with NIF’s aggressive construction schedule. Development of this technique was recognized with an R&D 100 Award in 1994.

With this method crystals that would have taken up to two years to grow by traditional techniques take only two months. In addition, the size of the rapid-growth crystals—up to 800 pounds—is large enough that more plates can be cut from each crystal, so a smaller number of crystals can provide NIF with the same amount of optics. About 75 production crystals were grown with a total weight of nearly 100 tons. The technology has now been transferred to the optics industry (Cleveland Crystals).

Next Up: Computer Control System