“It’s the biggest engineering challenge that we have yet faced—to build a machine that will make a star on Earth.”

NIF has not only cemented its role in science history, it has also earned a place in contemporary culture: thousands of media “hits” have brought the world’s biggest laser into newspapers, magazines, living rooms, and movie theaters across the globe.

Cover stories in major science publications took readers on a NIF-inspired journey to the center of giant planets and deep inside the formation of supernovae, while in-depth articles on the pages of The New York Times, the Washington Post, Newsweek, and other publications gave readers insight into what exactly happens at the moment of fusion. 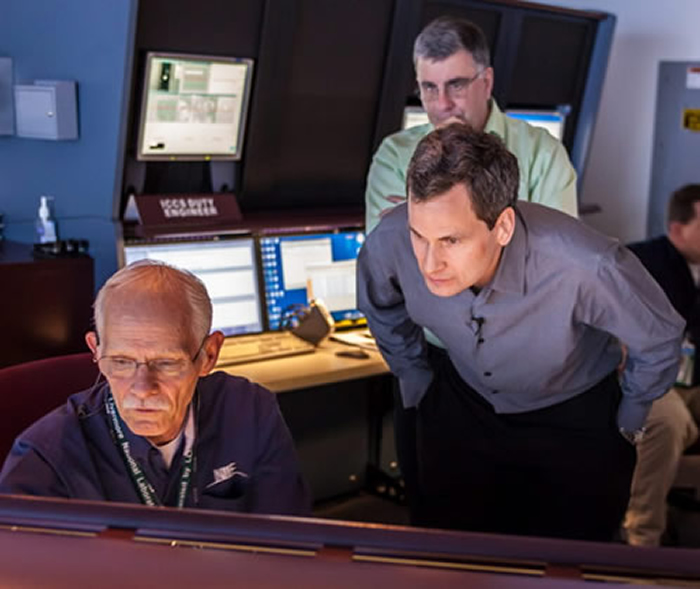 CBS News contributor David Pogue (right) and Target Diagnostic Coordinator Michael Helms watch the results of a shot from the NIF Control Room during taping for a 2012 CBS Sunday Morning segment on NIF and fusion energy. Then-NIF Director Ed Moses is behind Pogue.

CBS Sunday Morning provided TV viewers with a birds-eye view of a laser shot from inside the Control Room, and Morgan Freeman’s unmistakable voice guided them on an adventure along the beamline in the Discovery Science series “Through the Wormhole.” BBC Horizon took its audience into the center of Jupiter via NIF experiments, exploring the swirling dense metallic hydrogen at the interior of the planet. And NIF’s use of hydrogen in an attempt to create fusion energy was featured on a NOVA program titled, “Hunting the Elements.” (NIF segment begins at 1:18.10.) 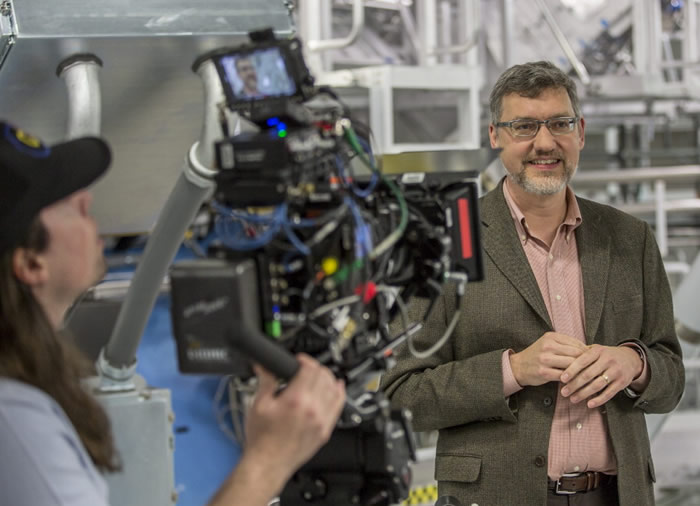 Meanwhile, members of Stephen Colbert’s late-night TV “nation” got a tongue-in-cheek introduction to the laser’s power and energy; Jeopardy devotees took a peek inside NIF’s Target Chamber when a video question recorded at the facility tested their fusion knowledge; and an episode of “Science and Star Wars” showed how NIF can produce the intense heat of a Star Wars lightsaber.

That Target Chamber is where the magic happens—science magic, that is—but it’s also where movie magic was made. Captain Kirk, Scotty, Spock, Uhura, and Khan roamed the halls of NIF as the facility’s heart was transformed into the warp core of the USS Enterprise during the 2012 filming of “Star Trek Into Darkness.” The Target Bay served as the set for the Enterprise’s engine room, while several other locations throughout NIF got their star turn throughout the film. 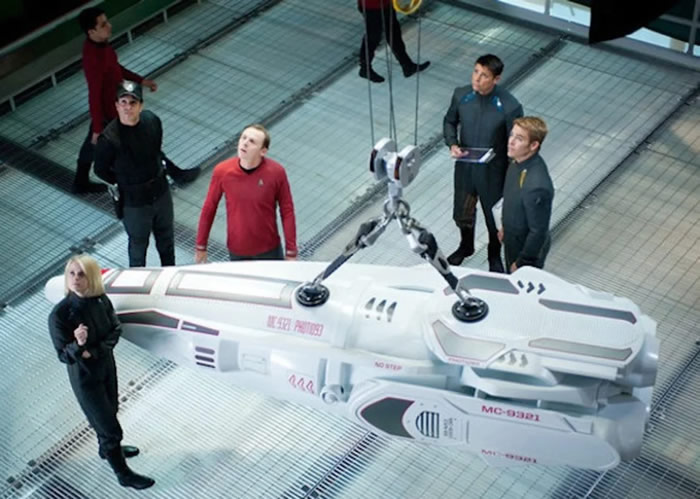 Another scene from "Star Trek Into Darkness" filmed at NIF.